What Does Colchicine Treat?

I. History of Colchicine

a. Colchicine and gout

Colchicine, also known as Colcrys, is a prehistoric medication that has been used as an herbal remedy for thousands of years. The source of Colchicine is the Colchicum autumnale (crocus) plant. This plant has long been used to treat rheumatism and swelling. Many researchers believe that this leaf was used in ancient Greece more than 2000 years ago and quickly became the go-to treatment for gout. 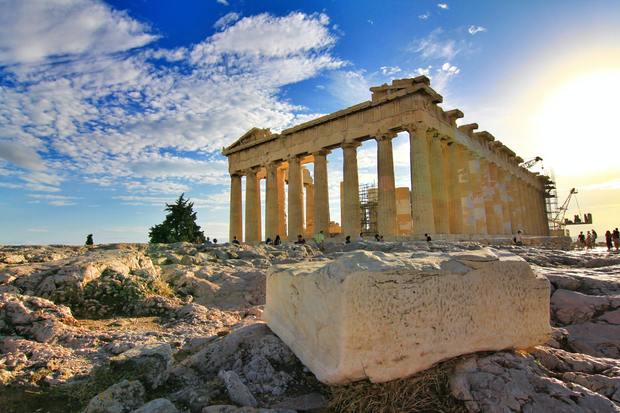 Ancient Egyptians first reported gout over 2,500 years ago. Gout is a common arthritis that occurs when too much uric acid builds up in the blood and forms crystals in the joints. Gout attacks can occur sporadically and often in the middle of the night. Diet plays a large role in the development of gout. A diet rich in meat, seafood, and alcohol can increase your risk for gout. Being overweight, middle-aged, and male also increases your risk.

If you would like to save hundreds on your prescriptions and have your prescriptions sent straight to your door, you can order your gout medication from Rx Connected.  Through a Canadian pharmacy, you can purchase 0.6 mg colchicine (Colcrys) in quantities of 50, 100, and 200. For 50 pills of colchicine, you can expect to pay less than $70 through RX Connected.

Many complications can occur with this condition. If gout is left untreated, a person may experience urate crystal formation under the skin (tophaceous gout) and kidney stones. [2]

Symptoms of gout may include:

Inflammation and redness: The joints affected by gout may become swollen, tender, warm, and red.

Intense joint pain: The big toe is typically affected first, but it can occur in any joint. Gout may also affect knees, elbows, wrists, and fingers. The pain experienced in joints is severe in the first four hours of a gout attack and can last for up to 12 hours.

Limited range of motion: If gout remains untreated, it can progress and lead to joint immobility and possibly deformity.  [3] 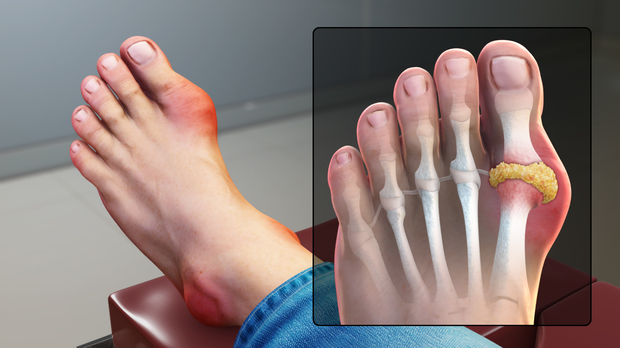 a. Colchicine and Gout

Colchicine is most famously used for gout, but it can also improve symptoms of familial Mediterranean fever (FMF). FMF is an autoinflammatory genetic disorder that results in fever and painful inflammation of the abdomen, lungs, and joints. FMF is an inherited disorder that occurs most often in people of Mediterranean origin, including those of Armenian, Turkish, Greek, Arab, Jewish, Italian, or North African ancestry.

FMF is caused by a gene mutation that is passed from parents to children. This disorder can result in complications that can result in abnormal proteins in the blood, kidney damage, infertility in women, and joint pain.

The symptoms of FMF appear during childhood and occur in flare-ups that can last from one to three days. The symptoms of familial Mediterranean fever can include: 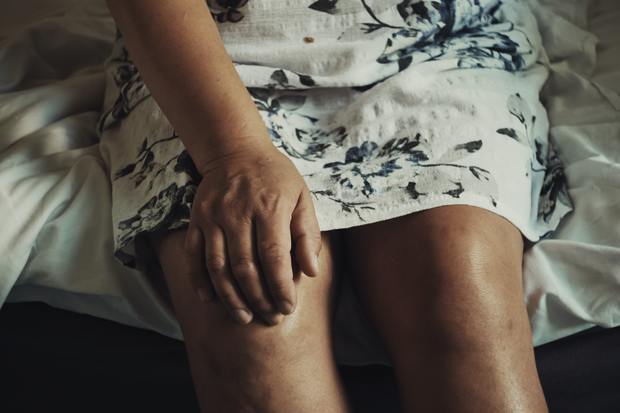 The goal of FMF treatment is to reduce inflammation and reduce future flare-ups. Colchicine works by reducing the inflammation associated with FMF through suppressing white blood cells that cause inflammation. Colchicine may also prevent amyloidosis, which often occurs along with FMF. Amyloidosis is a disorder that causes the build-up of abnormal proteins (amyloids) in the organs that interfere with normal function. [6] Colchicine can also aid in the treatment of this disorder and help reduce kidney disease. Those with FMF typically have to take Colchicine daily to control their symptoms.  [7]

Behcet’s disease is a rare disorder that causes blood vessel inflammation in the body. Because blood vessels bring blood flow to every part of the body, it can lead to numerous symptoms. Behcet’s disease can be hereditary but also triggered by a virus or bacterium. Behcet’s typically affects people in their 20s or 30s and occurs most frequently in the Middle East and East Asia.

The symptoms and severity of this condition can vary from person to person and change over time. The following areas are commonly affected by this disease:

Skin: Acne-like sores may form on the body and develop raised and tender nodules on the skin, typically on the lower legs.

Genitals: Open and red sores can pop up on the scrotum or the vulva. These sores often leave scars.

Eyes: Uveitis or inflammation in the eye can cause redness, pain, and blurred vision. This condition can come and go with Behcet’s disease.

Mouth: Mouth sores similar to canker sores are the most common sign of Behcet’s. They begin as round lesions in the mouth and then turn into painful ulcers. They heal within a few weeks and recur periodically.

Joints: Pain and swelling in the knee joints are common with Behcet’s. The ankles, elbows, and wrists may also be involved. Pain in the joints can last from one to three weeks.

Blood vessels: When the vessels become inflamed, the veins and arteries can cause redness, pain, and swelling in the arms or legs. This can cause blood clots and lead to complications such as aneurysms or blocked vessels.

Brain: The brain and nervous system can also become inflamed and cause fever, headache, disorientation, poor balance, and stroke. [8]

Topical medications are often the first line of defense in treating Behcet’s. Colchicine is also prescribed for recurring oral and genital sores as well as joint swelling. Severe cases of Behcet’s disease require treatments to control bodily damage between flare-ups. If the reduction of swelling from Colchicine is not sufficient, then doctors may recommend medications that suppress the immune system and corticosteroids to control inflammation further. [9]

Natural Treatments and Remedies for Gout